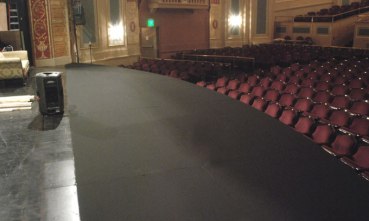 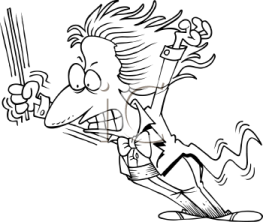 I’ve been talking a lot lately with fellow music directors, aspiring music directors, and production teams about orchestra placement.  It seems as if no director or producer wants to put his or her orchestra in a pit anymore, even while spacious, luxurious, wired-for-sound, under-and-in-front-of-the-stage housing is being built to accommodate orchestras in most new theatre construction.

Instead, many orchestras are being relocated to anywhere except the pit: onstage, offstage, behind the scenery, in adjacent rooms, in remote studios, buried deeply underthe deck, and so on, and sometimes they are even divided into disparate spaces.  More and more often we see actors doubling as musicians, too (or vice versa).

The new architectural designs, as well as traditional theater design, hold to a conventional vision of opera and musical theatre in which a large (-ish) orchestra accompanies the singing and action on stage.  This is an acoustically sensible approach to live performance.  It allows for stage sound to travel outward and pit sound to travel upward, creating a natural balance between singers and orchestra.  Music directors of today know far too well that this is no longer the norm.

Heralded by the reductions in Broadway theatre orchestra minimums that followed the 2003 musicians’ strike (and the near-strike in 1993), musical theatre orchestras everywhere have been shrinking.  Whereas there are still many productions that use a filled-out orchestration of repertory works, there are far more that use reduced orchestrations and orchestral forces or replace orchestral instrumentation with synthesizers and prerecorded tracks.

Furthermore, the majority of original shows being created today are in musical styles that do not necessarily require a large orchestra, and rarely are their orchestrations entirely acoustic, that is to say, non-electrified and non-amplified.  Rock, rap, and the majority of contemporary pop and r&b are conceived either for smaller outfits or with synthesis (along with electric guitars and bass) as an integral part of the sound.

To add to the mix, so to speak, almost all “pit” bands today are amplified in some way, whether they are in a pit or not, not just by virtue either of their musical style but as a by-product of modern theatrical sound design.  (It was such a blessing, so to speak, to perform Amazing Grace at the Nederlander Theatre on Broadway a few years ago with minimal stage amplification and virtually no orchestral amplification.  This was made possible by strong singing, finely tuned arrangements and orchestrations played by top-drawer musicians, and a brilliantly laissez-faire approach by the sound team.)

Given their smaller size and their inevitable journey through the sound board, it’s no wonder that musical theatre orchestras have become more mobile, and in spite of their reliance on mics and cables.  Not to mention that there are innovative, playful directors looking for new approaches to staging and scenic design, forward-thinking writers searching for new sound palettes, and, unfortunately, a few miserly producers looking to hide orchestras slowly over time, presumably so that in the long run their complete disappearance, or transformation to an electronic equivalent, might go unnoticed. 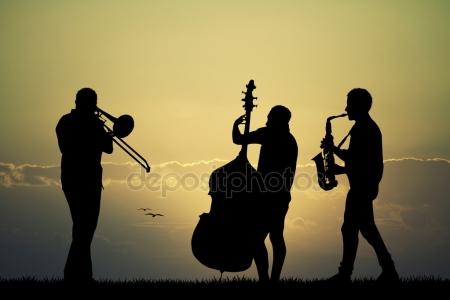 Is this a problem?  Well, except for the last part, no, or at least not entirely.  There’s certainly nothing wrong with new, creative ideas, and nothing wrong with sonic correctness.  There’s nothing wrong with visible orchestras, either—as the music direction community will certainly agree, it’s about time that audiences were made fully aware that the show they’re watching has live accompaniment enacted in real time by living human beings.  (http://www.onstageblog.com/columns/2015/6/20/no-one-wants-a-pit-musicians-autograph)

On Broadway as of today, most shows are doing right by their musical element, either keeping the band in an open or partially open pit when it belongs there (Phantom, My Fair Lady, Hello, Dolly!, Aladdin, etc.), putting it squarely onstage, within the audience’s view (Come From Away, Dear Evan Hansen, Once On This Island, etc.) or scattering it about in keeping with the dramatic proceedings (Spongebob, Escape to Margaritaville, School of Rock, etc.).  The website playbill.com just featured an article singing the praises, so to speak, of unusual orchestrations and orchestra location (http://www.playbill.com/article/the-changing-state-of-broadways-pit-orchestras).

Indeed, it has become somewhat fashionable for musicals to have large orchestras.  The recent Sunset Boulevard revival, for instance, had the largest orchestra ever on Broadway.  This trend is perhaps partly thanks to the wonderful publicity and acclaim for the 2008 Lincoln Center South Pacific orchestra and others.  (Interestingly, this orchestra was only partially visible, mostly covered up by the thrust stage, and was revealed fully only during the bows.).  When there is a large orchestra, there is usually no place to put it other than in a pit, or on stage, as in Sunset Boulevard.

Secondary productions are another story, and can set a dangerous precedent, as they are the versions of commercial musicals that the majority of theatergoers experience.  When a Broadway or Broadway-like show goes on the road or to a regional theatre with its orchestra reduced or synthesized, and especially when the orchestra is out of view of the audience, it tacitly gives permission to stock, amateur, and academic outfits to do the same.  After all, if top dollar-paying audiences can accept invisible accompaniment, why shouldn’t an audience with lesser expectations?  Indeed, if a paying audience only hears the downsized version of a show and never sees the band, how are they to know that there’s something better out there?

To be fair, let me advocate for those producers and those MDs who are happily coexisting with (or profiting from) the musical trends I bring into question.  Touring is expensive, entailing all sorts of additional costs, and it’s hard to cart around an entire orchestra.  Local pickup orchestras supplementing a small core group of musicians traveling with the production present a whole new set of variables and costs, especially when a show moves from venue to venue quickly.  Some venues may not have a pit to put the orchestra in, though of course such matters should be part of choosing a venue.  In stock theatre, orchestral musicians of the caliber needed to realize a complex score may not be available, or affordable, and reductions are inevitable.  In an amateur production, where some instrumentalists might be available but not others, synthesized orchestral parts can round out an acoustic base.  Synthesis improves all the time, as do the means of amplifying synthesized orchestral accompaniment, and perhaps someday we may (regrettably, and hopefully not) hear only synthetic orchestras in the musical theatre.

Yet there is rarely an excuse to treat a live orchestra like a piped-in track.  Pits don’t necessarily make orchestras visible, but they do put the accompaniment in the room with the show, and that is an essential element of live musical theatre.  It’s not an absolute truth, it’s not an unbendable rule—nothing in the theatre is, nor should be—but live musical accompaniment is in the DNA of effective musical theatre, and audiences will be more greatly enriched when the music is at its best.  Theatrical accompaniment, unlike a movie score, should not seem to appear out of nowhere.  We go to a musical ready to accept the notion of live accompaniment; in fact we look forward to it.  We used to say that there’s nothing so exciting as the sound of an orchestra tuning up before a show.

In conclusion, fellow MDs, let’s view the M*T*O*P* (Mobile Theatre Orchestra Pit) as an opportunity rather than an obstacle.  If you feel as if you or your colleagues are given too little a say in issues that affect an entire show, here is a chance to stake a strong claim to such decisions.  Work with your producers to do what’s best for the show, and educate them if necessary on the value of live, visible musical accompaniment to artists and audiences alike.  Don’t hide your orchestra unless there is a damn good reason to.  Collaborate with directors and designers so that when your orchestras are on stage or in some unusual location, you are still able to make music effectively.  Make sure you and the sound department have the same vision for your shows, and involve yourselves in the process of bringing the music from the stage to the house.  Try not to synthesize unless musically appropriate or completely unavoidable, or if your music education program will somehow benefit from utilizing the technology.  Music directors can help musical theatre into the future without making orchestras disappear or sacrificing the quality of their work for purely visual effect or monetary gain.